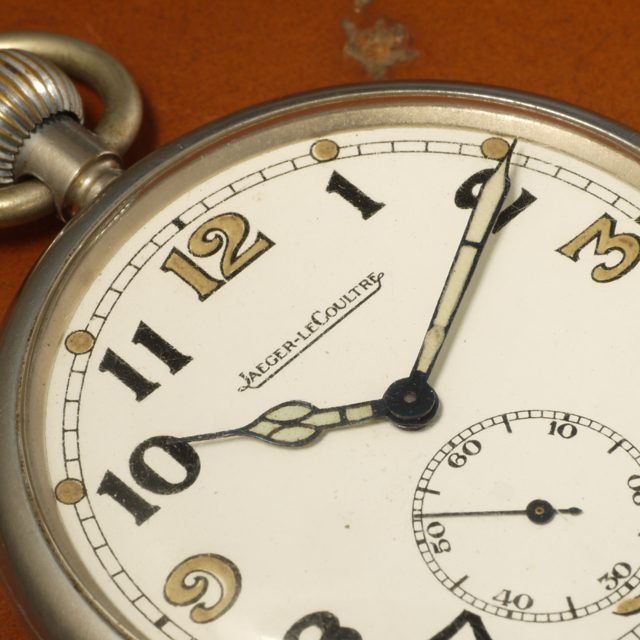 G.S.T.P. stands for General Services Trade Pattern, which indicates that the watch was purchased by the British government for the armed forces. These watches were issued for many specific applications also, as a rule, the British government hardly issued any wrist watches. G.S.T.P. watches, on the other hand, were pretty ubiquitous. The JLC, for obvious reasons is the most desirable, at a cost of over 9 times the cost per unit of the standard unmarked military pocket watch.