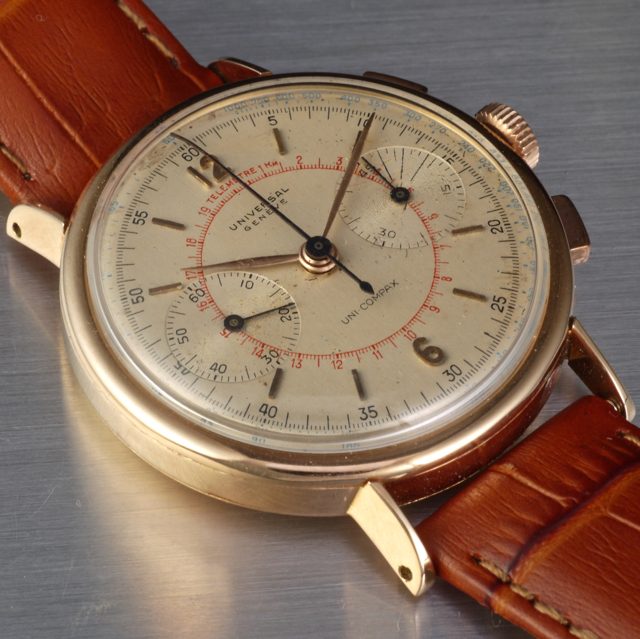 A tachymeter scale measures how fast an object is moving. The scale can be found either on the dial or in the bezel. Most tachymeters start at 400 and end at 60, but some models can show different numbers. A telemeter scale measures the distance between the user of the watch and the event seen and heard. It was used extensively to calculate when artillery fired. When you saw the light made by the shot of the artillery, you would push the start button and push the stop button when the thunder was heard. The number shown in the scale refers to the distance.