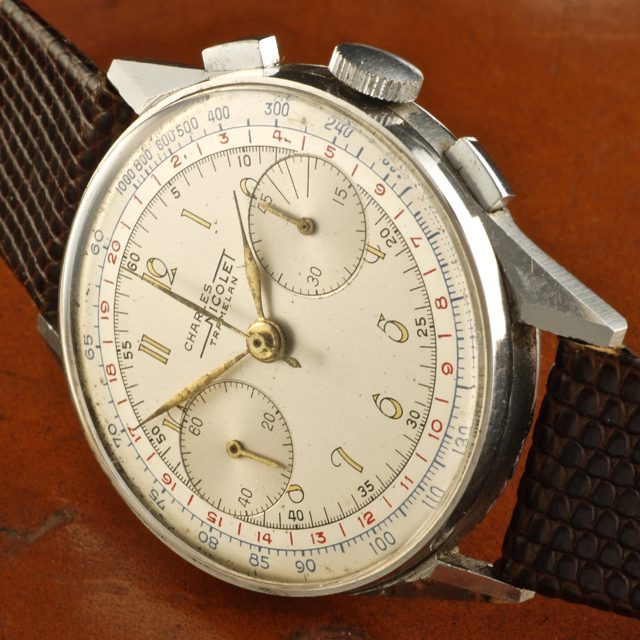 Charles Nicolet was founded in Tramelan Switzerland in 1916. First produced watches under the brand name “Charles Nicolet Tramelan” up until the 1950’s, from that time the name “Nicolet Watch” was found on the dials. The factory was run by his descendants until 1978 when it went to bankruptcy.