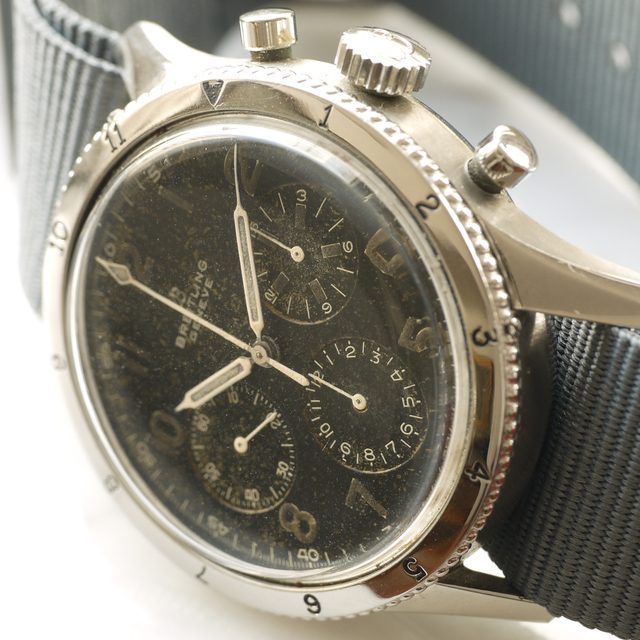 The Black Breitling 765 AVI have a steel bezel which is held in place by 3 screws. The screw holes are not in a specific place in the bezel but can be in several places. The screw holes I observed were in the following places.

In the mid 1950s, Breitling developed a military aviation-spec chronograph the reference 765. A large chronograph, with 22mm. size lugs, a rotating 12 hour steel and 41 diameter bezel.

In the beginning of 1960s, Breitling changed the black sub-dials to white ones. In 1965, the company decided to update the model but maintained the case, dial and hands. The AVI designation was replaced by CP which stands for Co-Pilot. Then, the material of the bezel was changed from steel to anodized aluminum, besides, Breitling introduced two different types of bezels: a half black and half white bezel and a full black one.

The Company has been a leading innovator in high quality stopwatches and chronographs and helped define how chronographs look and function until today.