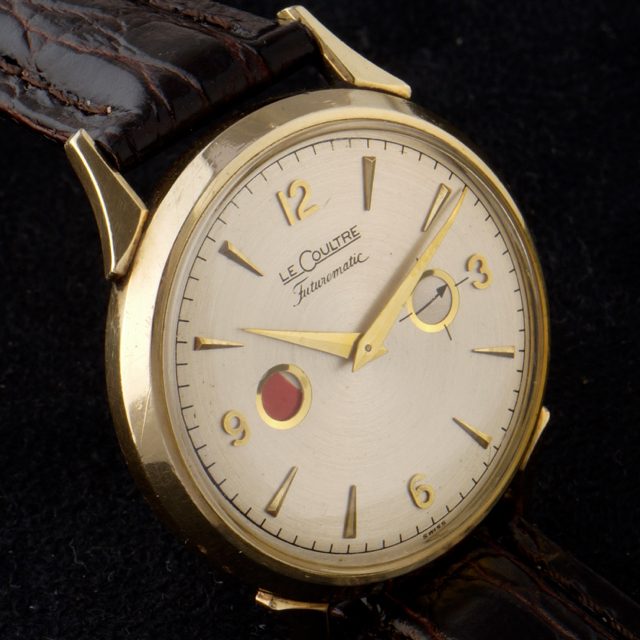 This watch is also called Porthole due to these 2 very small windows which let appear the power reserve on the left and a turning arrow featuring the seconds, on the right part of the dial.

In 1951, the Manufacture released the Futurematic, the world’s first 100% automatic watch, one unique feature is a lock that holds the swinging weight in place when the mainspring is fully wound. It also features a special 6 hour power reserve, allowing the watch to immediately function when it is put on, rather than requiring it to be wound first.

It has been said that the whole project for the Futurematic almost made the company bankrupt, as they never fully recovered their investment from sales of the Futurematic series of watches.