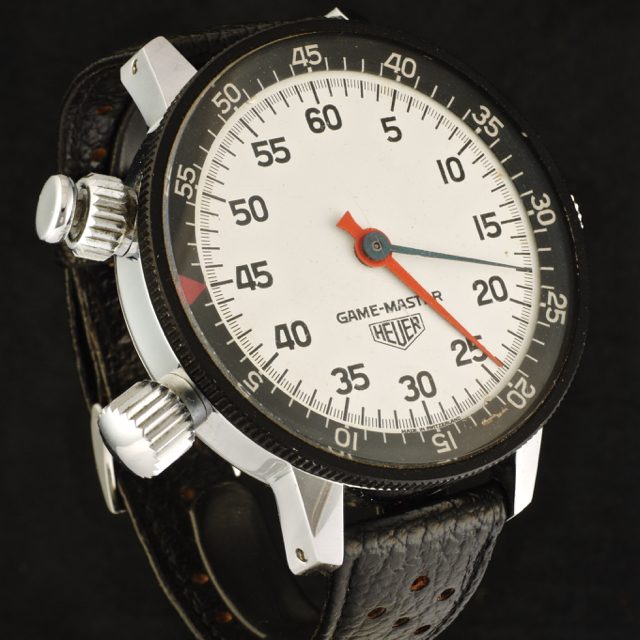 The target group was radio, television and film directors, rally drivers and sports referees and coaches.

The right side button is a lock for the outer rotating bezel. The left side pushers control the timer, lower is where you manually wind the movement & start/stop the timer, upper is a screw-in lock & reset feature.

For today’s collectors, the heyday for Heuer really began in the mid-1930s. I think thats also probably true for many other brands. Heuer began making pilots chronographs in 35. These were used by Air Force pilots primarily, a lot of them in the German Air Force. For most Heuer collectors, these pilot chronographs from around 1935 are the first real survivors that regularly can be found in the market today.