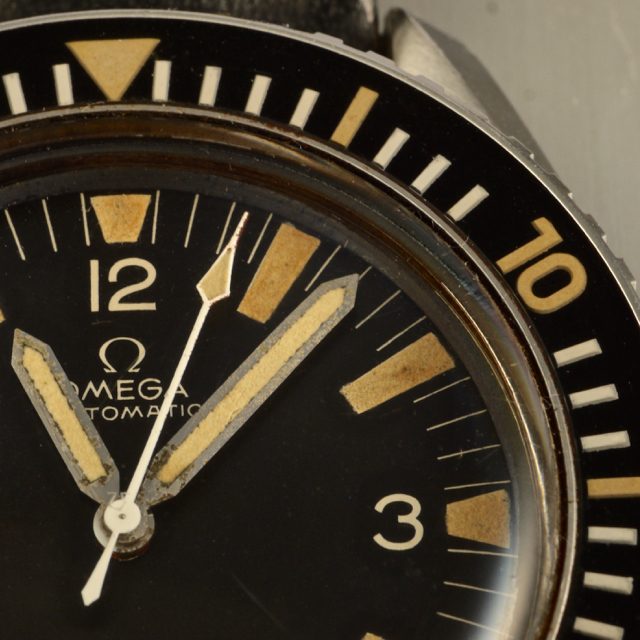 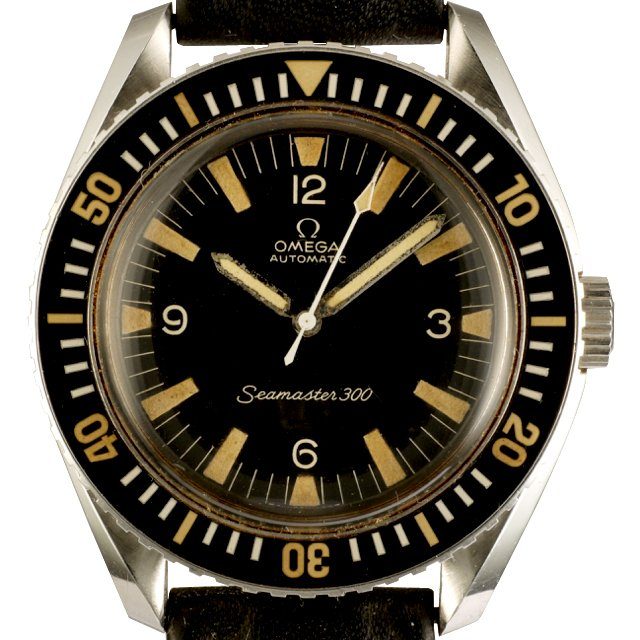 The Seamaster’s achieved first diving-record in 1955, when diver Gordon McLean reached a depth of 62.5 meters in Australia.
The key to these watches was the O-ring rubber gasket. At this time, water-resistant watches generally used lead or shellac gaskets which were susceptible to temperature changes.

The engineers at OMEGA were so sure of the Seamaster that one flew the Polar Route over the North Atlantic attached to the outside of a Douglas DC6 aircraft in 1956.

I consider the Seamaster two lines in one; the big, heavy Professional, designed for divers for deep diving, and a dress range also made by Seamaster.

The Italian frogmen in the Second World War used the first ever specialized diving watches, the Panerai.Actually, Panerai made Rolex 3646s with special dials.

Right after WWII, two French combat diving corps started to search for a military grade diving watch big and easy to read underwater, hermetically sealed and capable to absorb shocks this helped Blancpain to develop the legendary Fifty Fathoms introduced in 1953.The transformation of the simple water resistant watch to the tool diver watch happened at that exact point. The next year Rolex launched perhaps the most famous diver watch of them all, the Rolex Submariner; from that point most of the Swiss companies started to shift their attention towards the sea, trying to produce reliable underwater-capable wristwatches.

Louis Brandt founded Omega in 1848 at the age of 23. The brands reputation grew fast and in 1895 the watches achieved a precision of 30 seconds a day. By the turn of the 19th century, one of Switzerland’s largest watch companies with 240,000 watches; Omega produced annually and employing 800 people.

In 1957, with Motorsport in mind, Omega launched the Speedmaster. Which in 1965 NASA chose as its official chronometer in Space. Four years later astronauts wore the Moonwatch as the first watch on the Moon. When on 21st July 1969 Neil Armstrong made his giant leap for mankind.Currently Omega belongs to the Swatch Group.