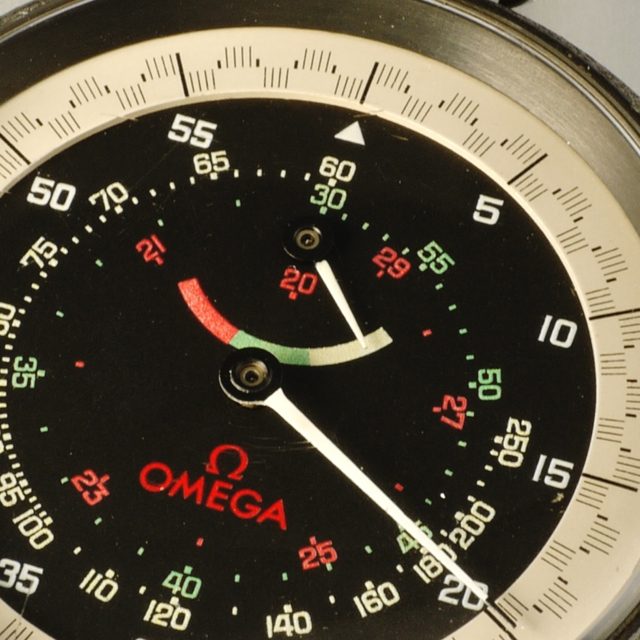 Dial with 3-minute counter allowing the determination of any speed between 250 and 20, designed to be used in car and bike races.