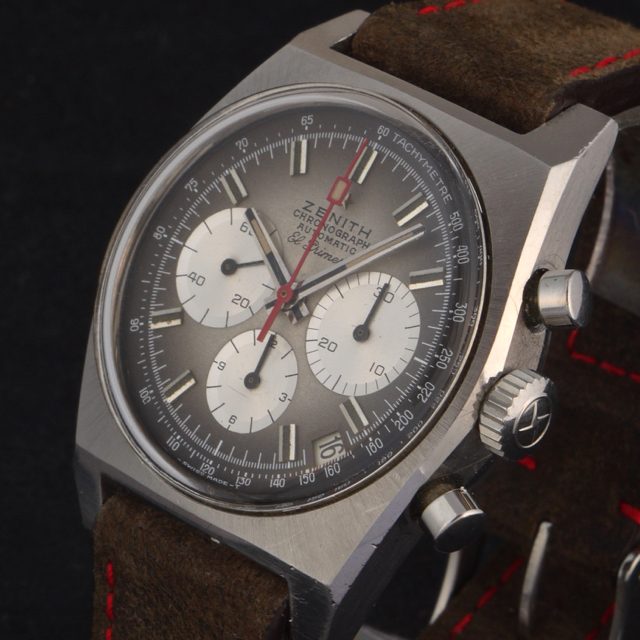 It is possible that two slightly different dials were used for this model, with different shades of khaki and with silver or white sub-dials. There also exist different shades in the color due to aging of the dial.