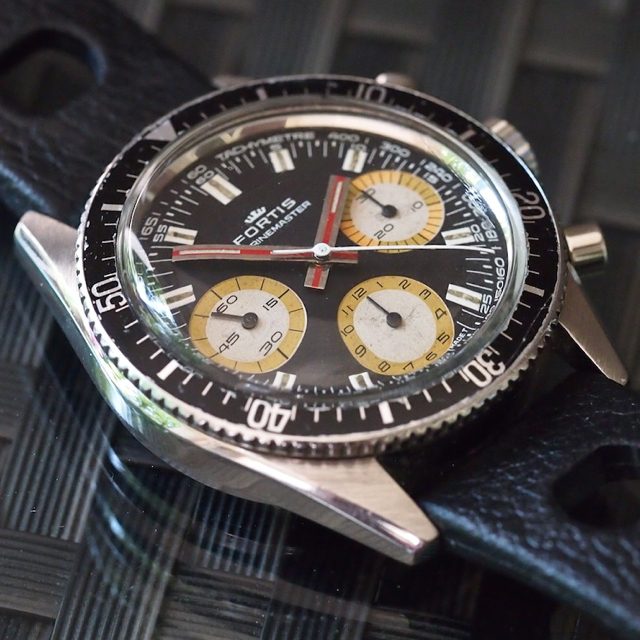 The movement employed is the 17-jewel, manual wind Valjoux 72. Interestingly, Fortis reissued the watch in 2014 as a limited edition, but with an automatic movement.