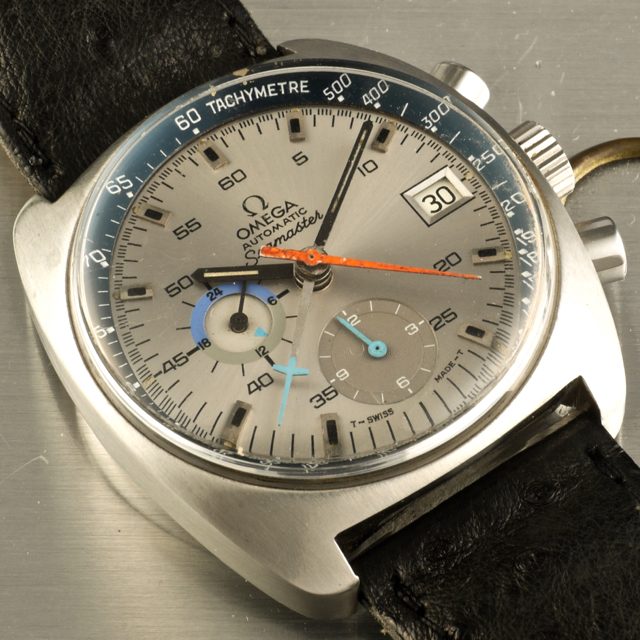 The cal. 1040 is the first Omega automatic Chronograph caliber.

It was developed by Raoul-Henri Erad and produced by Lemania; it is worth mentioning that its rotor is mounted in a ball-bearings.

The Seamaster first diving-record was achieved in 1955, when diver Gordon McLean reached a depth of 62.5 meters in Australia.
The key to these watches was the O-ring rubber gasket. At this time, water-resistant watches generally used lead or shellac gaskets which were susceptible to temperature changes. The engineers at Omega were so sure of the Seamaster that one flew the Polar Route over the North Atlantic attached to the outside of a Douglas DC6 aircraft in 1956.