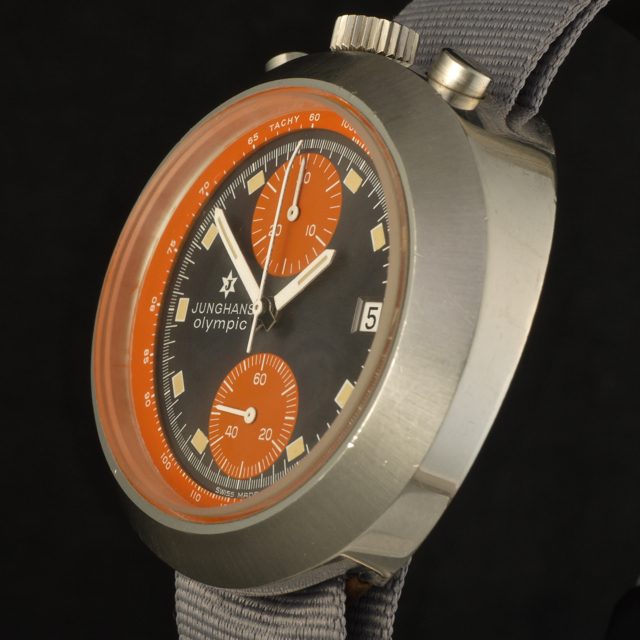 Junghans are not a youthful brand, by any means. They were founded in 1861 in Germany’s other watchmaking heartland located in the Black Forest. They once had one of the largest watch factories and were one of the biggest producers of chronometers in the world. Their mechanical watchmaking was halted in 1975, but they continued to be at the cutting-edge of quartz movement production, culminating in the release in 1990 of the worlds first radio-controlled watch, the Mega 1. Recent times have seen them return to traditional watchmaking.