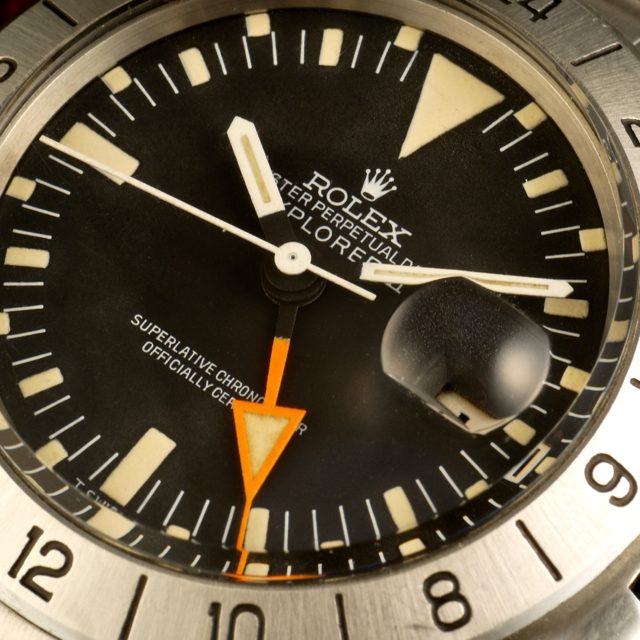 1972 Rolex Explorer II Steve McQueen 1655 was introduced in 1971. It features a fixed stainless steel bezel and a 24-hour hand. The most striking thing about the Rolex Explorer is that it was designed specifically for cave explorers who, due to being in the dark for so many hours at a time, tend to lose their perspective on day and night. The 24-hour hand tells you whether the watch is indicating a.m. or p.m.

The Rolex Explorer II Steve McQueen 1655 wasn’t a very popular watch back in the 70s and 80s, though it was assured a famous spot in collections everywhere because of the false myth that Steve McQueen wore one during his lifetime. The truth is that Steve McQueen didn’t wear any Rolex except his trademark: a stainless steel Rolex Submariner.

The first challenge was archived in 1910 when Rolex sent its movement to the School of Horology in Bienne and awarded the worlds first wrist watch chronometer rating.
Realizing the value of a timing certificate, the company decided they would not accept any movement unless it passed a Rolex seven-day battery of tests, so Rolex set the timing standard for the rest of the watch industry.