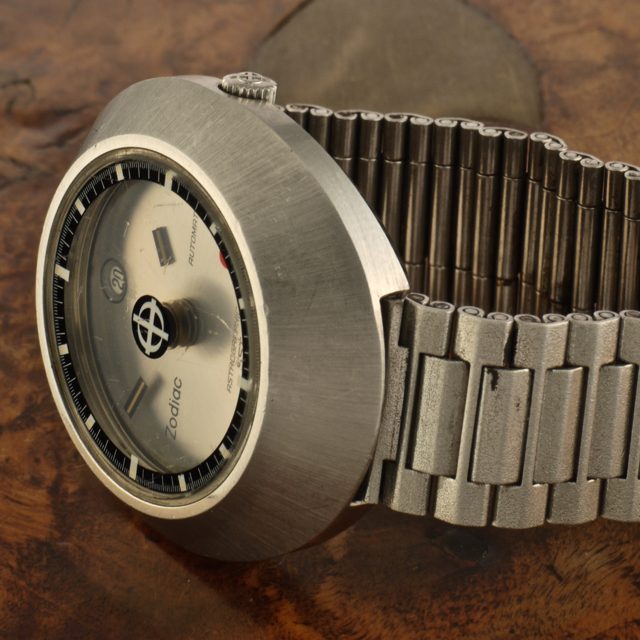 The Astrographic was originally released in 1969, was and still is one of the most bizarre and striking mechanical watches ever.

The hands are graphics that float over the dial, printed on rotating, transparent disks. The result speaks to the campy space-age aesthetic of the late 60s. Think the Jetsons, but on your wrist.

Zodiac founded in Switzerland in 1882, like many brands, Zodiac didn’t survive the 80s, in 2001 the brand was acquired by Fossil Group. Zodiac watches has been making a very impressive comeback over the last few years with cool timepieces that embrace Zodiac’s rich history of design and style.