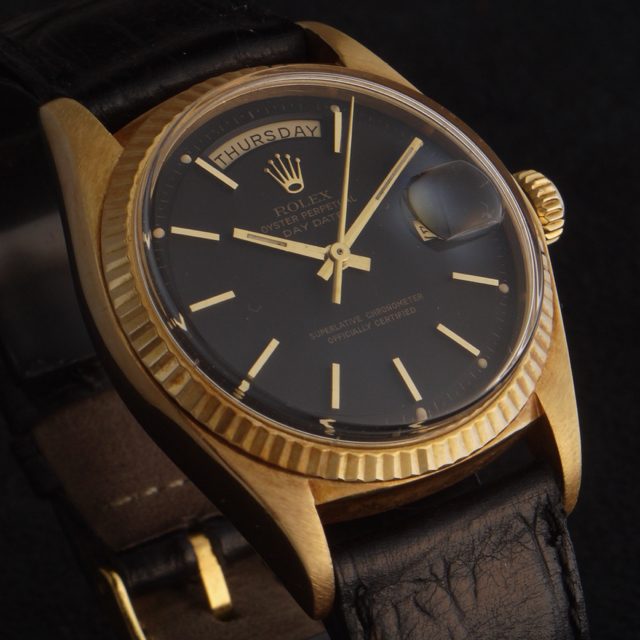 Introduced in 1956, the Rolex Day-Date was the first watch to display the day and date on its dial.

In 1947, Rolex gifted its 100,000th Rolex watch to former United Kingdom Prime Minister, Winston Churchill. Rolex created its 150,000th Rolex watch in 1951 and decided to gift it to five-star general Dwight D. Eisenhower, who would later become the President of the United States. Both of these watches were very similar, 18kt yellow gold watch with gold dial displaying the day and date and an 18kt yellow gold bracelet. Several other US presidents are known to wear a Day-Date (Roosevelt, Kennedy, Johnson, Nixon, Ford, Reagan).