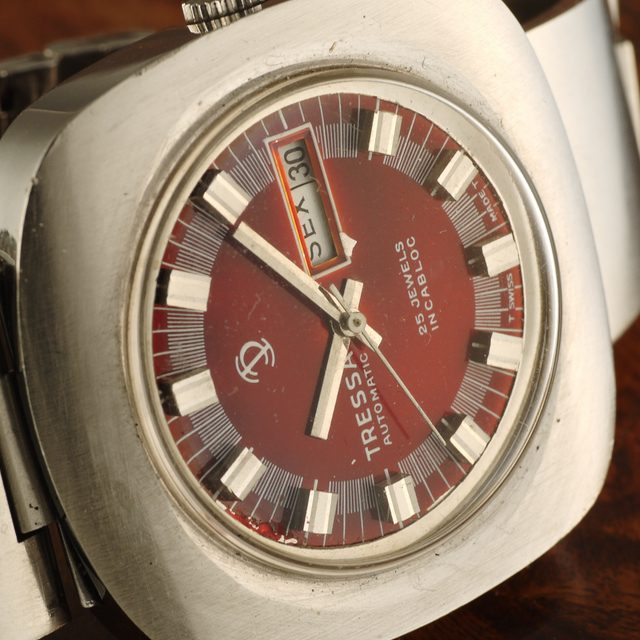 Just bought this Tressa because it was very cheap and I like to add it on the timeline, but not my cup of tea.

The Tressa Watch Co. was located on Rue de la Gare 14 2502 Biel/Bienne (Kanton Bern, Switzerland) and existed from 1966 up to 1987. On 2002, the liquidation became final and was deleted from the Commercial Registry of Switzerland. The assets of the company were bought by Rado Watch Co. Ltd. The purpose of business had been produced and wholesaling of watches, movements, and accessories, they had a basic capital of 500.000 CHF, so they hadn’t been a giant in Swiss watch production.