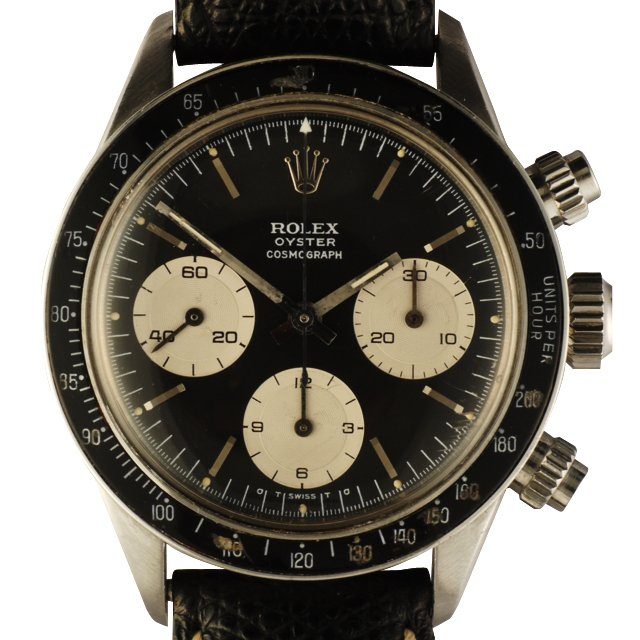 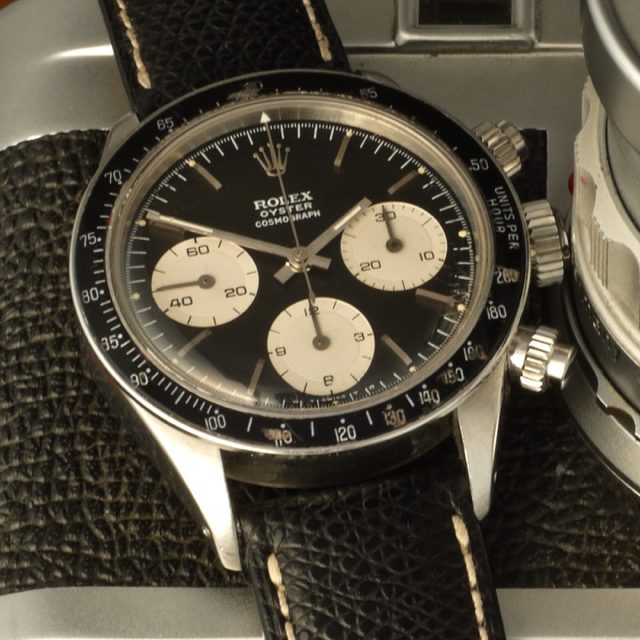 This is my favorite dial/bezel configuration on plastic “Daytonas”, Bakelite bezel and inverted Panda dial.