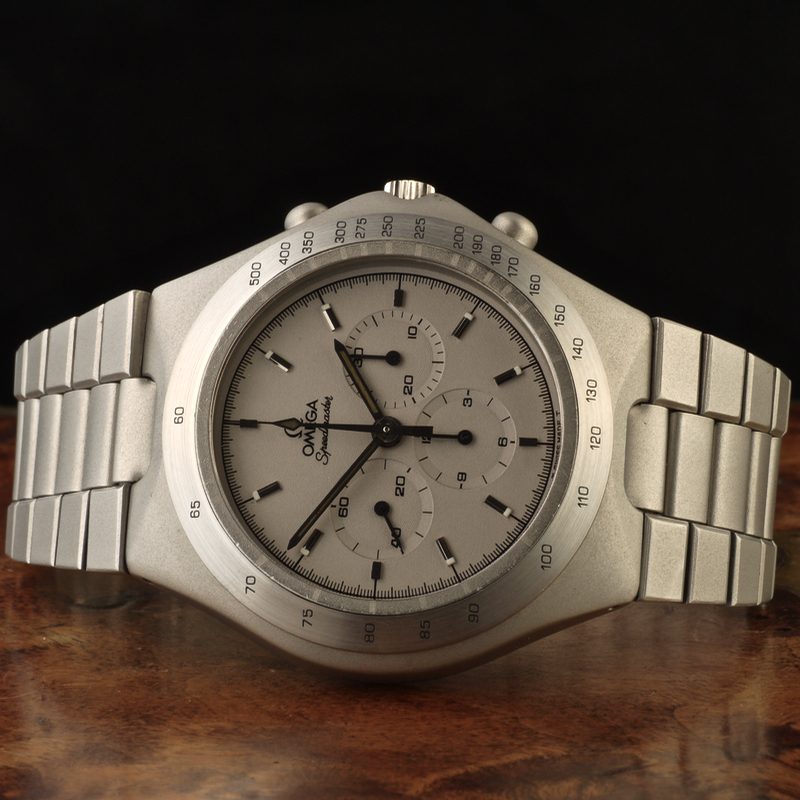 Made to the German market, the smooth style and integrated bracelet is not for everyone… It is 100% different compared to a regular Speedmaster, but it shares the same DNA, movement and name and reminds other integrated bracelet watches like the Ingenieur SL, the Patek Nautilus and the Royal Oak.

Made in 3 different cases/dials. Shot-blasted stainless steel case with black or rhodium plated dial and steel and 20 micron gold plated case with gilt and silver dial.