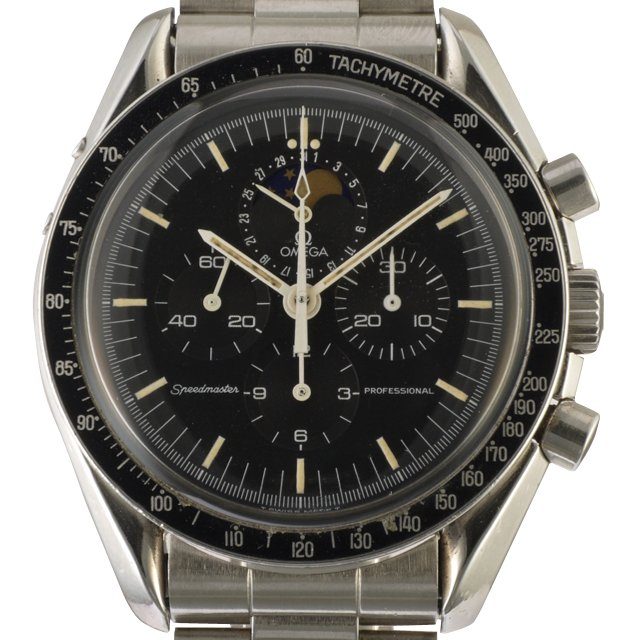 The first Speedmaster with Moon-phases, a holy grail watch, only 1300 pieces made.