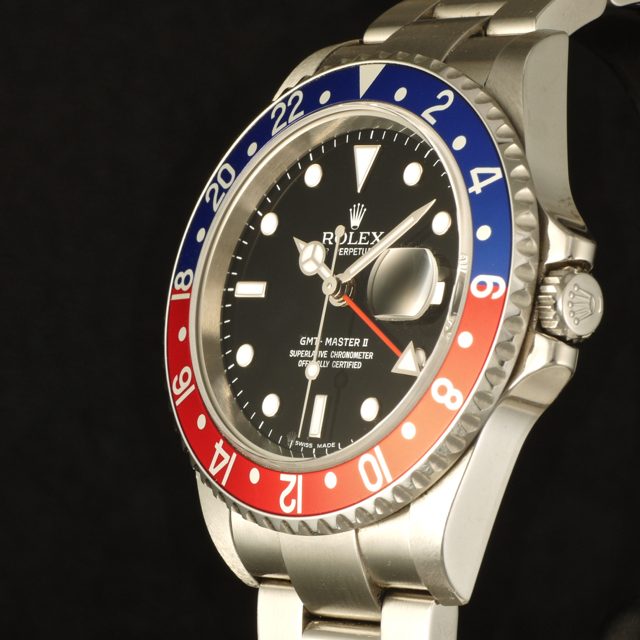 The Rolex GMT Master II ref. 16710 was produced from 1989 to 2007 and it’s the last 40mm. GMT with aluminum bezel insert which was replaced by the current model with ceramic bezel and 42mm. case.

The watch in the photo was manufactured in 2007, his last year of production, so it has all the accumulated improvements during the model lifetime.