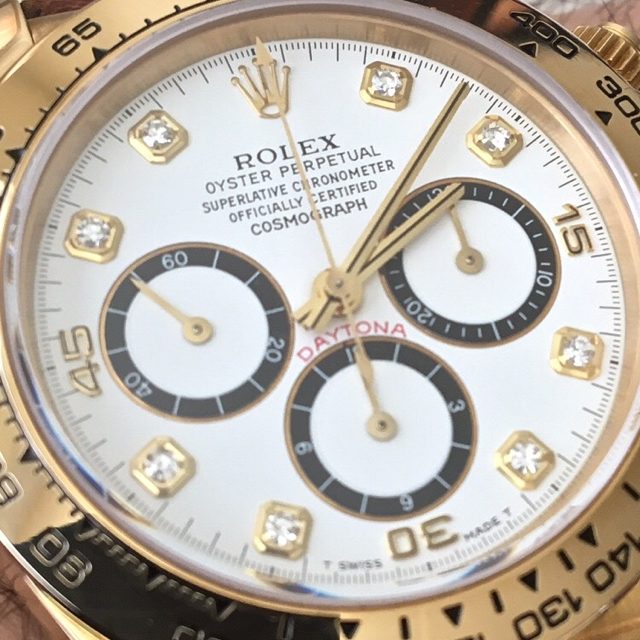 Starting in 1992, the Daytona was offered in 18kt gold with leather strap. The early production dials were identified by the so called “inverse 6”. The Daytona is often sought after as a Grail watch and many collectors would say if forced to keep only one in the collection it would be the Daytona.