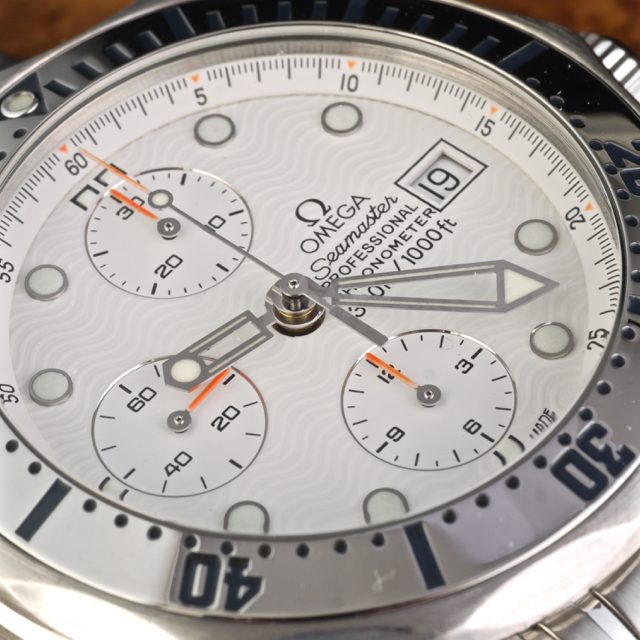 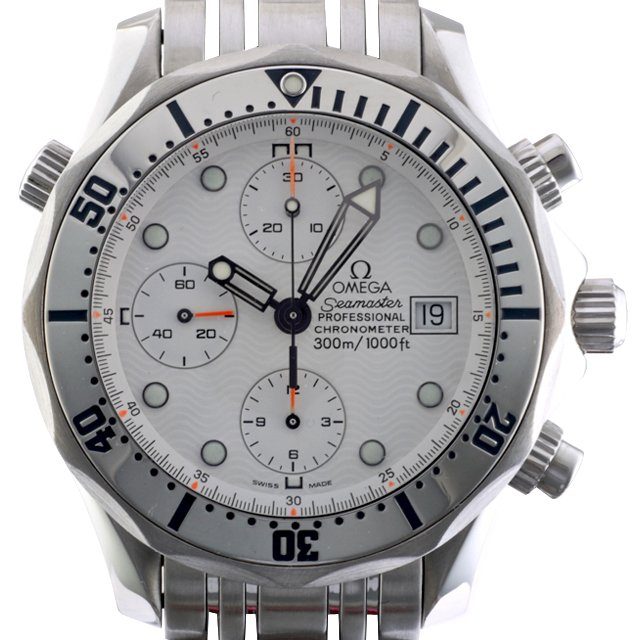 1993 Omega Seamaster Professional Chrono Diver ref. 378.0504, the first Chrono with pushers that remained operational to a depth of 300 meters.