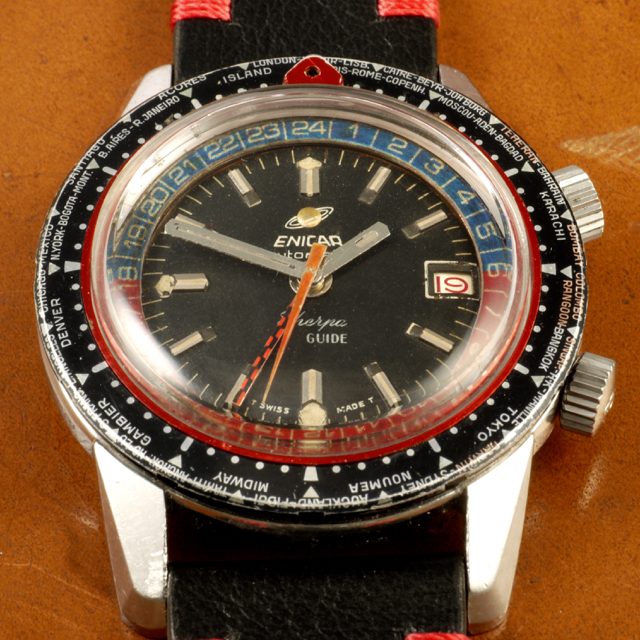 In 1956 Enicar enlisted as the official watch of the Swiss attempt to climb to the top of Mount Everest with expedition leader Ernst Reiss giving great praise to his Enicar watch which gave the then relatively small company a huge boost in public awareness. Soon Enicar were gaining popularity and even scored Sterling Moss as a spokesperson for their “Ultrasonic Sherpa”.