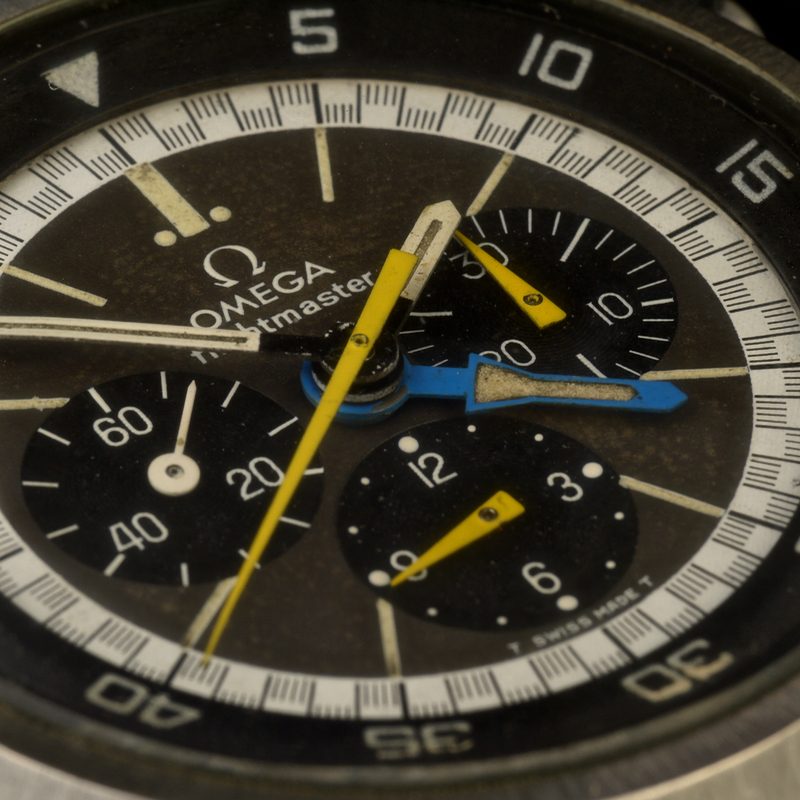 Equipped with cadmium yellow chronograph hands which remains visible under the infrared lightning of a cockpit.

The movement is a modified version of the caliber 861 found in the Speedmaster. The manual-wind caliber cal. 911 was similar to the cal. 910, but had a small seconds hand at the 9 o’clock position in place of the 910s 24h hour sub-dial. Omega only used these calibers in the Flightmaster.