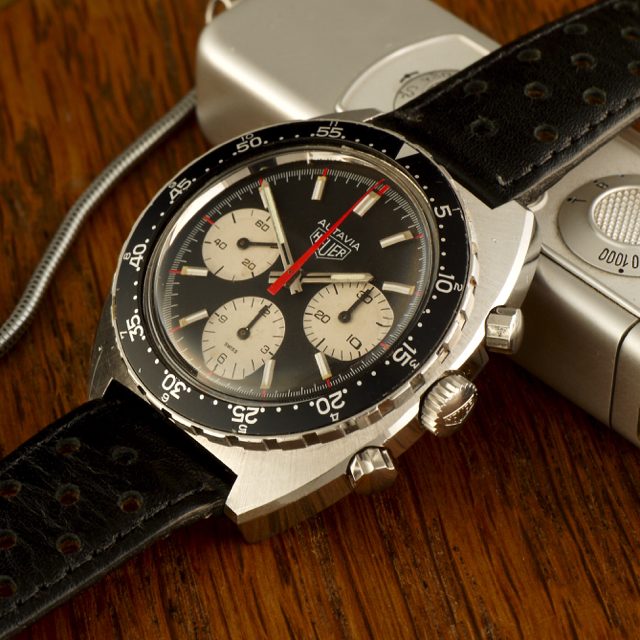 The earliest Autavias were introduced in the mid-1960s and housed manually-wound chronograph movements, in the 1970s, Heuer shifted to the large, cushion-style cases that are most often associated with the model, primarily to accommodate the new Caliber 11 movement.

The rare Reference 73663 is an example of the larger, cushion-cased variety of Autavia, but is unusual in that it doesn’t contain the Caliber 11. Instead, it is driven by a robust, manual-winding Valjoux chronograph movement, the Valjoux 7736. Indeed, most of the Autavias manufactured after 1969 did house the new Calibre 11 automatic movements, but a relatively small number were produced with manual winding mechanisms.