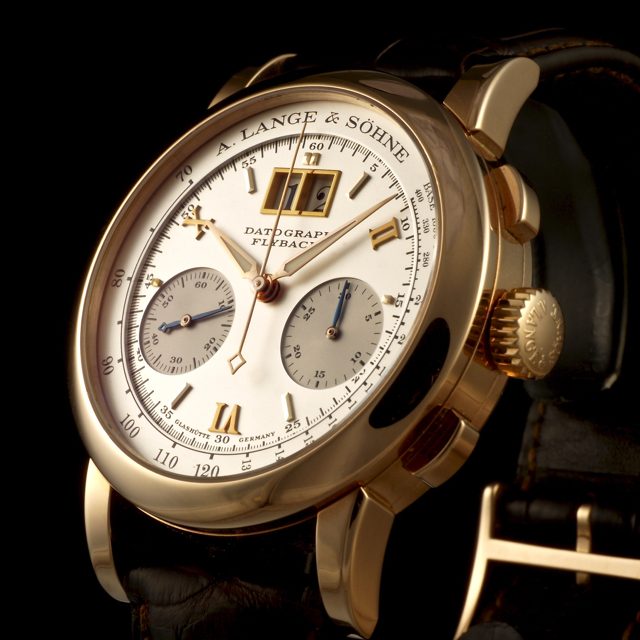 In 1999 A. Lange Sohne launched the Lange Sohne Datograph, an in-house a column-wheel chronograph with a flyback mechanism, and a big date. It fast becomes a veritable benchmark in Haute horology architecture and finishing.

The Lange Sohne Datograph remained untouched, for twelve years, until the launch of a larger Datograph.

A. Lange & Sohne was established in Glashtte, Saxony, by Ferdinand A. Lange in 1845. For the next hundred years, A. Lange & Shne pocket watches were among the most sought-after timepieces in the world, until the Second World War forced the company into a 40-year hiatus. In 1990, following German reunification, Walter Lange, great-grandson of Ferdinand Adolph Lange, revived the brand which in 2000 became part of the Richemont Group.Now employing more than 500 people, half of whom are watchmakers, the company produces timepieces whose quality of execution has given new status to German mechanical watchmaking.