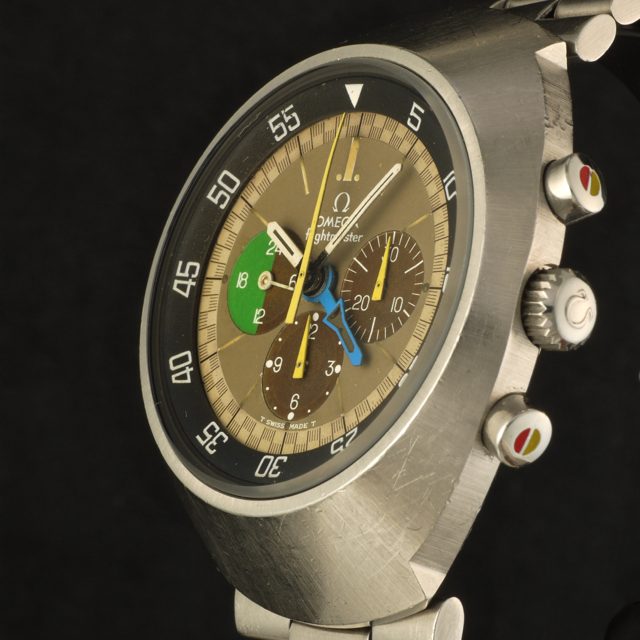 Nice tropical dial, domed mineral glass and a 24-hour hand at 9 o’clock sub dial. Equipped with cadmium yellow chronograph hands which remains visible under the infrared lightning of a cockpit. The second generation Flightmaster feature a continuous second-hand instead of the 24-hour hand.