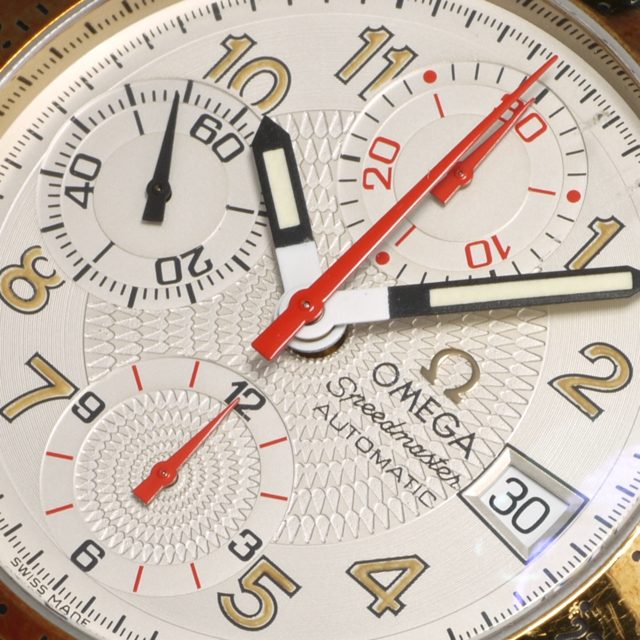 1996 Omega Speedmaster Automatic Date ref. DA 175.0083, gold tachymeter bezel, trapezoidal window date, center and 12 hour with radiant guilloche and gold tachymeter bezel to measure how fast an object is moving. Most tachymeters start at 400 and end at 60, but some models can show different numbers.