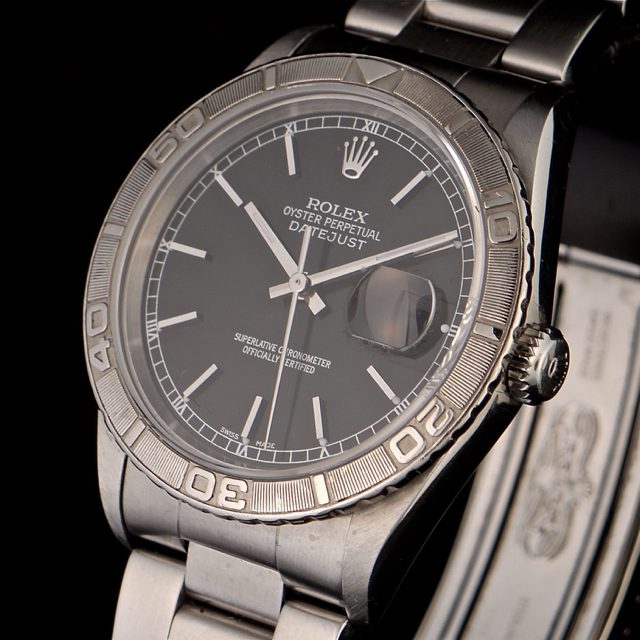 The Rolex is, perhaps, the most iconic dress timepiece in history. Based on the original Rolex Oysters of the 1920s, the Datejust enhanced the Oyster Perpetual line with the date feature. In continuous production since 1945, the Datejust has had countless variants of dial, bezel, casing and bracelets.