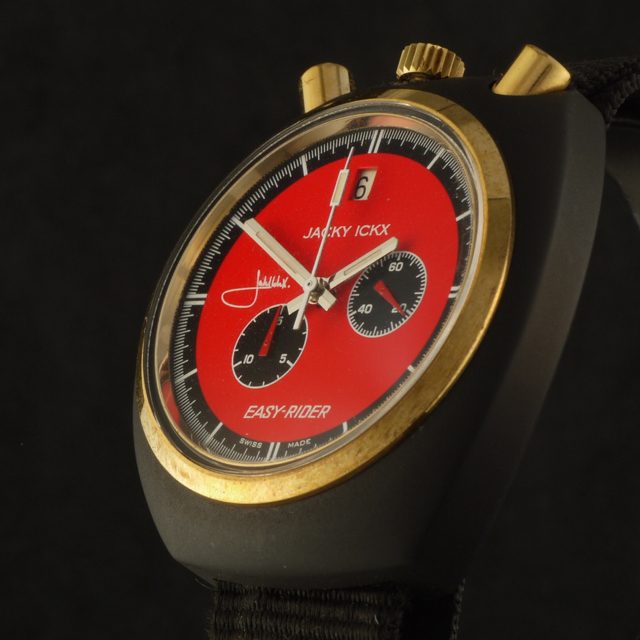 The “Easy Rider” chronograph was manufactured by the Swiss watch company Sorna and named after the Belgian Formula 1 racing driver, Jacky Ickx. Like the sought after “Jacky Ickx – Easy Rider” chronograph manufactured in the early 1970s by Heuer-Leonidas, this Sorna version was also made with the same licensed endorsement and has the identical manual wind 17-jewel movement (EB 8420) inside.

Jacky Ickx is a Belgian former racing driver who won the 24 Hours of Le Mans six times, achieved eight wins and 25 podium finishes in Formula One, won the Can-Am Championship in 1979 and is a former winner of the Dakar Rally.