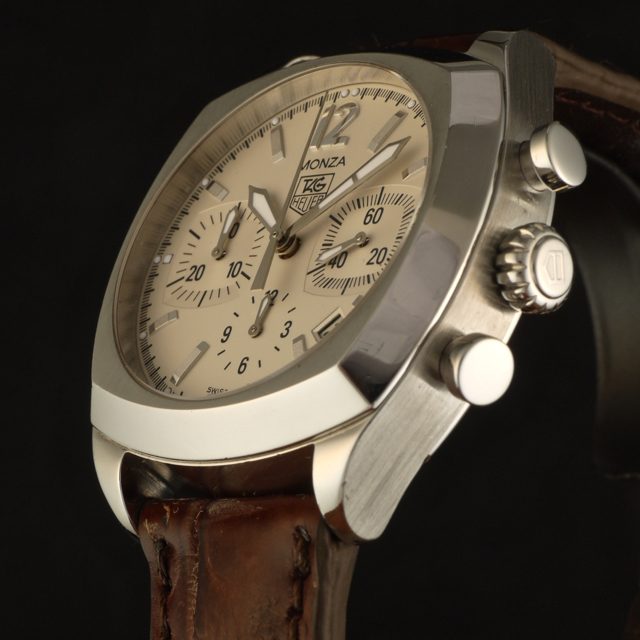 In the 1960s and 1970s, no brand was more prominent in motorsports timing than Heuer and for every home-run timepiece design, Monza, Carrera, Monaco, and Autavia, there was something else that never really caught on, like the Daytona, a very interesting steel chronograph with an integrated bracelet design, these pieces, despite being relatively unsuccessful, are all very interesting, and have become highly sought after by collectors worldwide.