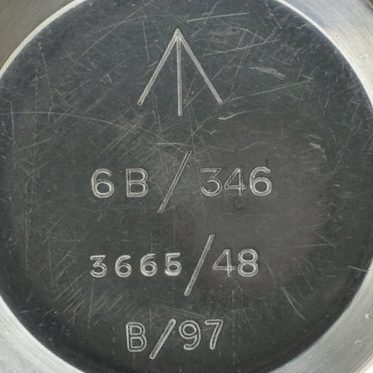 Mark 11s are housed in a stainless steel case, marked “Staybrite on JLCs, with a screwed back. As James Dowling pointed out, “the Mark 11 can make a claim to be the first wristwatches in the world designed from scratch to be anti magnetic. Both JLC and IWC feature a very thick iron dial, which is cup shaped and so covers the side of the movement; the movement iron cover is similarly shaped and rises to meet the dial sides. This means that the movement is completely encased in a non magnetic “Faraday cage”, thereby providing a high degree of anti magnetic shielding.

In 1991 IWC director Gnter Blmlein founded the LMH Group with its headquarters in Schaffhausen. With a 100% stake in IWC, 60% in Jaeger LeCoultre and 90% in the Saxony-based watchmaking company of A. Lange & Shone, the Group employed some 1440 persons.