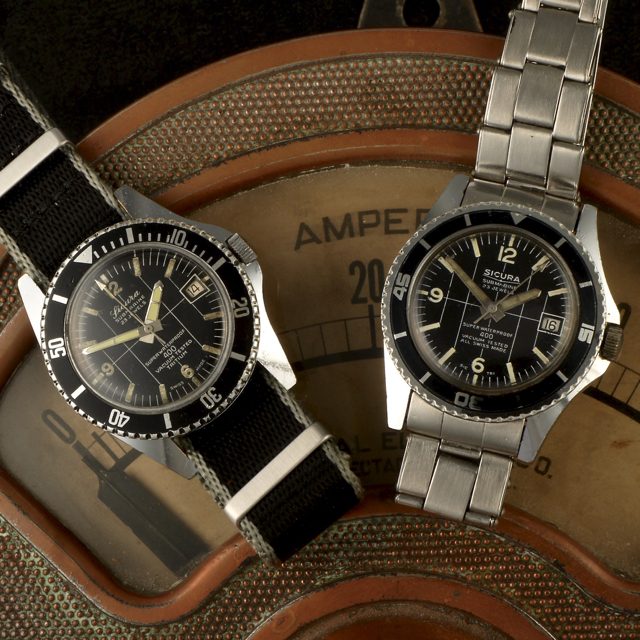 Sicura was a company owned by Ernest Schneider, specializing in big sports watches of innovative design in the 60s 70s. Sicura was able to purchase Breitling when it went into receivership in 1979 and remains the current owner.