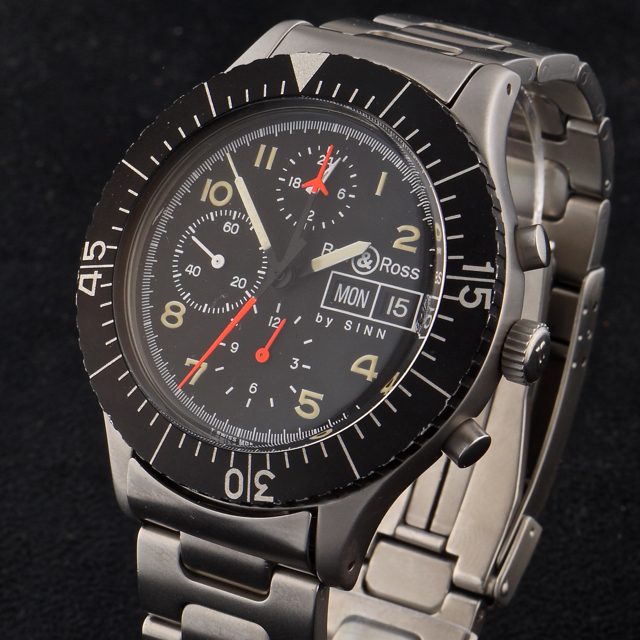 The 156 came in two versions, one with a screw on case back, and the other, the more popular military specification with a case back retained, by four grub screws.

Bell & Ross was founded in 1993, as a university project by lifelong friends Bruno Belamich (Bell) and Carlos A. Rosillo (Ross). With the shared vision of producing highly functional and tough watches designed for professionals, the two Frenchmen got their feet into the door of the watch industry by teaming up with Helmut Sinn of Sinn watches.