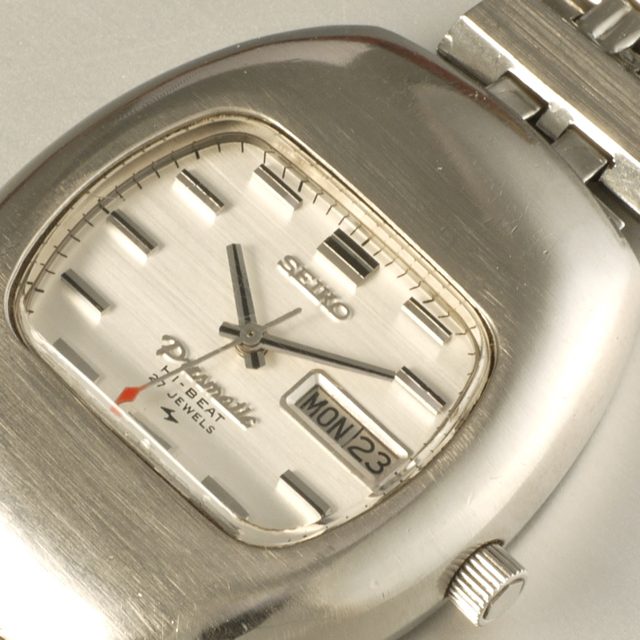 Seiko Presmatic was a high precision line of watches with ball raced auto weight, hacking and fine adjuster for regulation.